I also wanted to announce the winner of my Michael's giveaway who will be winning a huge box of goodies! GSSFAM you win! Send me an email at GlueMeetsPaper@gmail.com with your address and I'll send along your prize :)

In other news, now that it is almost December I figure I should post about Charlie's first day of Kindergarten. 3 months late. whoops.  Better late than never I suppose though, eh? (See First Day of PreK and First Day of Preschool)

Charlie's birthday is at the end of August so up until last May we assumed we'd hold him back from kindergarten until he was 6. However at the end of the preschool year his teachers told us they thought he'd be ready for kindergarten- to our surprise! I also looked into holding him back and apparently it would be a big hullabaloo to hold him back a year so we decided to give it a shot this year. I was NOT mentally prepared for him to go to K this year that is for sure. But I'm so glad we didn't hold him back, he has really matured so quickly going to Kindergarten everyday and I am SO proud of him. He can read, his writing is much better, he is really doing so well! A few behavioral issues here and there, mostly fidgeting and a bit of stubbornness too, but overall he's totally crushing it.

I was so sad the night before and day of K, I rarely cry but I was so worried about him being gone everyday during the week that I was a mess.  Luckily it was all for nothing!  Of course it is still weird having so much free time to myself nowadays. I work 4x10 hour days Thursday-Sunday and therefore have Monday, Tuesday, and Wednesdays off. This arrangement works out nicely for bringing Charlie to Dr's appointments and saving money on childcare but now I'm alone from 8-3 on those days and it is SO weird. I miss having whole days to spend with Charlie where we can actually go and do fun things but vacation will be here soon enough I expect!  It is really nice to be able to pick him up from the bus stop M-W though, Charlie does an afterschool program Thursdays and Fridays while I'm at work.

Robb took some cute photos the first day of K that I wanted to share. He looks so darn grown up in his school uniform, doesn't he? 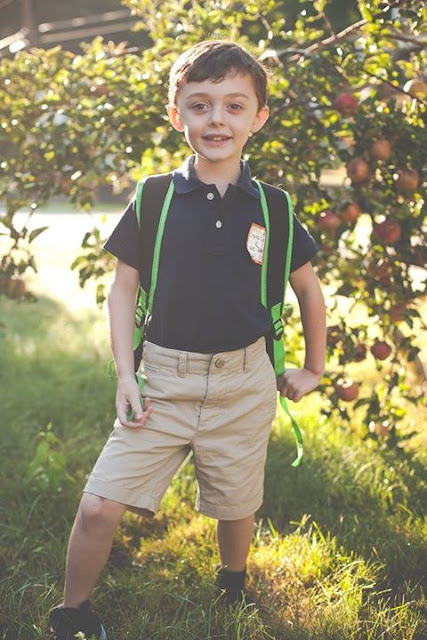 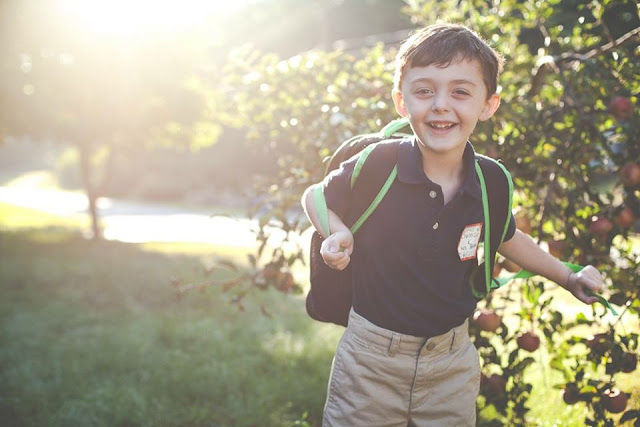 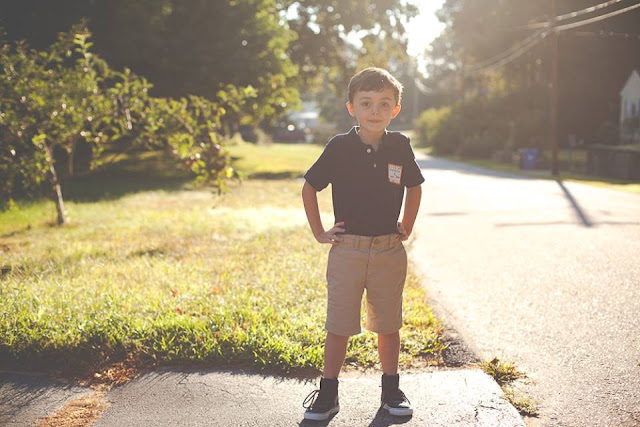 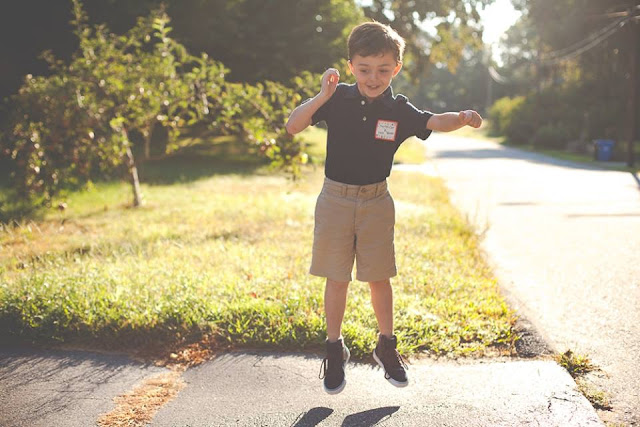 After he got home from his first day of school (and I had dried my eyes) we had a mini party to celebrate what a big boy he was! I had painted him a crown and gave him supplies to decorate it all pretty. (It's really a paper plate if you couldn't tell lol) Then we played with some leftover sparklers from the 4th of July :) 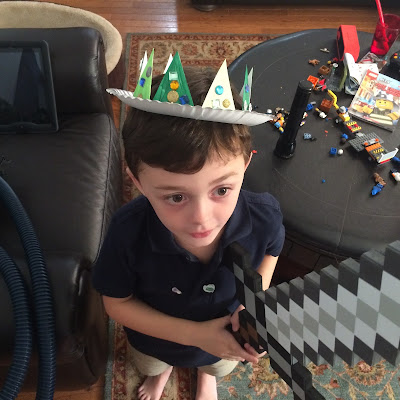 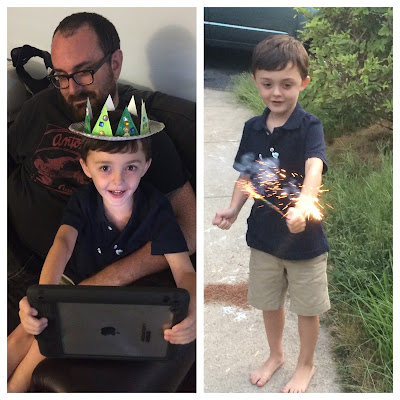 Charlie's 5th birthday was 2 days later, which was also a school day. Since in the past we have liked to have special day long outings for his birthday this was kind of a bummer but we made the best of it (see 2nd, 3rd, 4th birthdays). We displayed all of his presents (those are from relatives too not just from us! haha) and had balloons waiting for him when he got home. He got a police lego set, minecraft toys, and Creeper shoes from us! 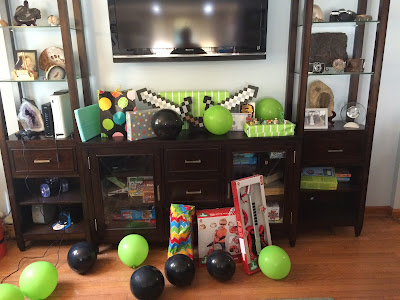 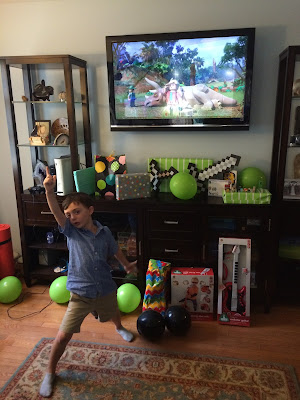 I bought him a little birthday cake and we had a small little party just the three of us. 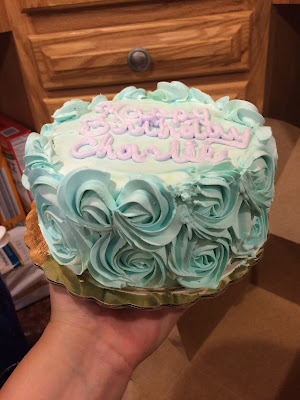 And Robb and Charlie spent way way way too long annoying me with one of his new and very loud presents ;) 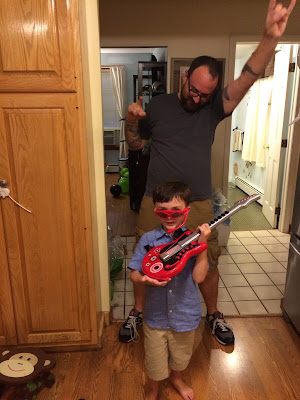 Posted by Glue Meets Paper at 6:30 AM

Glue Meets Paper
Hi my name is Cassandra. I live in CT with my 6 year old son, Charlie, who has Cystic Fibrosis. I work in the biotech industry during the day but at home I love to cook, bake, and create scrapbooking layouts, cards, wreaths, and other crafty things.